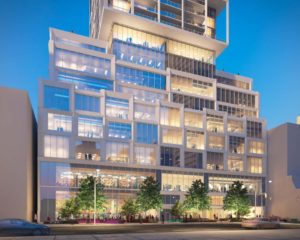 Located between Yonge St and Eglinton Ave East, 90 Eglinton Avenue East stands at one of the fastest-growing neighbourhoods in Toronto. A portion of this fast-growing is due to the anticipation of the Eglinton Crosstown LRT. This LRT will add 20km of rapid transit from Weston Road to the Kennedy Station. Also, easy access to the city’s major universities like Ryerson University, OCAD, York, and the University of Toronto. The 90 Eglinton Avenue East condominium in Toronto is a modern place to call a home where it has high-energy, high-end retail, world-class dining, lifestyle, and entertainment amenities at its very doorstep.

663-665 King Street West Condos
Toronto
Madison
Simplifying Your New Home Search!
Material on this page is not intended to conflict with buyers/sellers under contract with any brokerage. All information on this site is obtained through online sources and may not be reliable. If there are any changes you’d like us to make on any pages or if you are the owner of a development and would like us to remove your listing, Condowizard & Its owners will comply right away. We represent you, the purchaser – not the builder. Tal Shelef – Sales Representatives @ Cloud Realty.
Navigation
Follow Us
Facebook
Twitter
Youtube
Instagram
Pinterest-p
Subscribe to our newsletter
© 2021 CondoWizard. All rights reserved.