One Delisle is a unique pre-construction condo by Slate Asset Management. It will feature a 44-storey tower with 293 residential suites situated at 1 Delisle Avenue in the Deer Park neighborhood of Toronto.

A visually stunning tower in one of Toronto’s idyllic locations. You could be coming home to this.

Situated in one of Toronto’s most accessible neighborhoods where almost everything is nearby, One Delisle offers unparalleled urban convenience to investors who are interested in this project.

Minutes away from the new condo development in Midtown are establishments such as Sobeys Urban Fresh St. Clair and The Market by Longos for quick grocery errands. Other amenities nearby include eateries like Tim Hortons, Schools such as The York School, and numerous urban parks which are just mere steps away from the project. 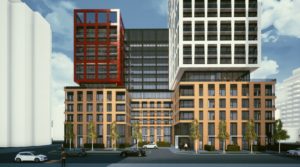 Request More Information
Making real estate magic since 2013
Material on this page is not intended to conflict with buyers/sellers under contract with any brokerage. All info on this site is obtained through trusted and reliable sources. All information is subject to change without notice. We represent you, the purchaser – not the builder. Tal Shelef – Sales Representatives @ Cloud Realty.
Navigation
Follow Us
Facebook
Twitter
Youtube
Jvic-instagrem
Jvic-pinterest
Subscribe to our newsletter
© 2021 CondoWizard. All rights reserved.