The Westmount Boutique Condominiums will be a brand new addition to the Sheppard West strip! Consisting of 10 stories and a total of 134 suites, it’s safe to say that The Westmount will be a quick sell-out in an already established but also affordable community in Toronto. The developer Quadcam Development group focuses on SMART building and creative designs that bring more life to communities.

Being right in the middle of Dufferin/Allen Rd and Yonge Street, residents will have various transit options such as Sheppard West subway station and Yonge-Sheppard station which is a quick 5-10 minute drive or take a bus ride by stepping out your door to a close-by bus-stop. Steps away from Sheppard Plaza which has shopping destinations such as Starbucks, Metro Groceries, Shoppers Drug Mart, Subway, Pet Smart, Chinese food, Banks, Wimpy’s diner, and much more.

Located in the Bathurst Manor community, The Westmount Condos offers you a wide variety of amazing schools such as William Lynne Mackenzie and many more reputable schools in the surroundings. It is definitely one of the new condo listings in North York to look forward to.

You may also be interested in other listings in North York: 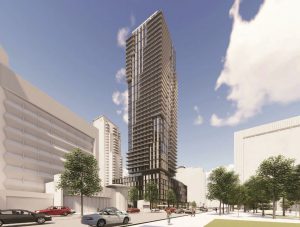 Situated in the heart of North York’s downtown core, 5051 Yonge Street Condos is the newest condo development in North 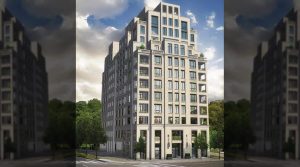 A landmark mid-rise development is on its way to North York bringing with it a neoclassical style of architecture, beautiful

412 Marlee Condos is a new condo development by Altree Developments. The development will be made up of four properties