New condo growth in North York has led the way for the city of Toronto in terms of the number of new condo developments. The condo prices, rent rates, and property values in the Toronto real estate market are attractive, especially considering the amenities and neighborhoods. If you’re looking for new condos for sale in North York, you are in luck.

Condo developers have seen incredible demand for pre-construction condos in North York, so much so that developer after developer sought the construction of homes in the area. A major number of new condo projects are focused along Yonge Street between Wilson Avenue and Finch Avenue, so you’ll find a long list of home and condo developments in this area – all with great prices and rent rates.

The main intersection of North York – Yonge and Sheppard Avenue West is now home to iconic pre-construction condos and other developments. One of the most popular development complexes in the neighborhood is Emerald City. This condo project is a highly celebrated development and is now home to a lot of city residents. 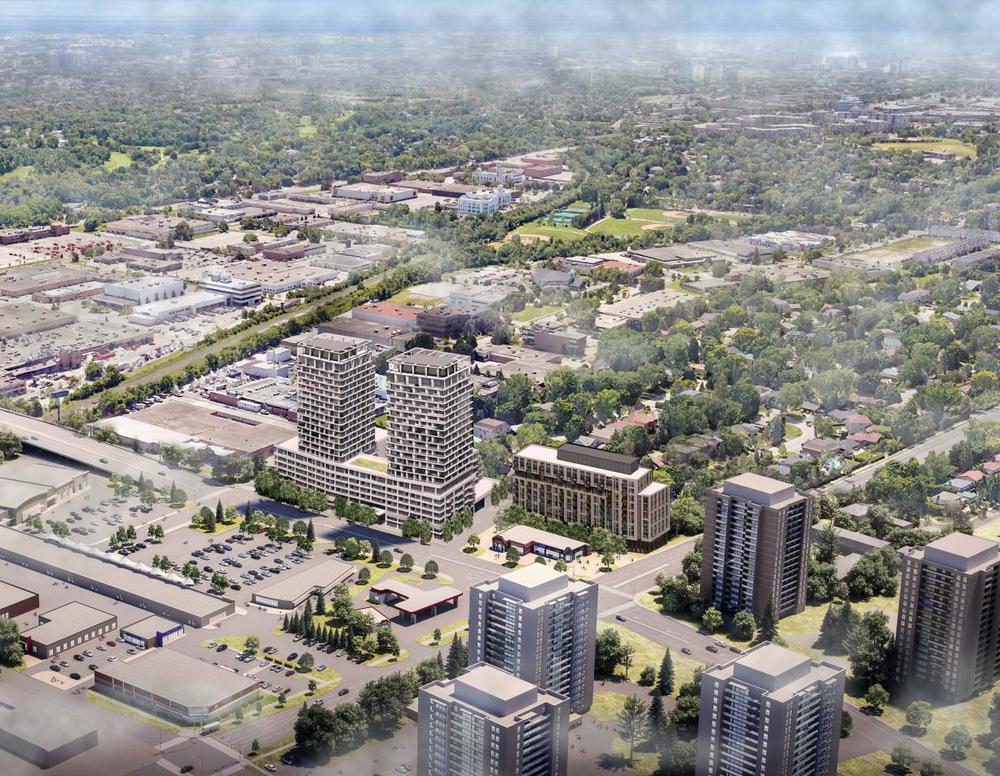 As for access to the subway line, there are three different subway stations near North York condos – York Mills station, Shepherd Yonge, and Finch station. North York has an additional line that travels east to west and starts at Yonge Sheppard station.

North York is one of the most multicultural parts of the city, with 56% of the region’s residents not born in Canada. Many who call the city home were born in Asia, with most Chinese, South Asian, Filipino, and Koreans, so the community is diverse. 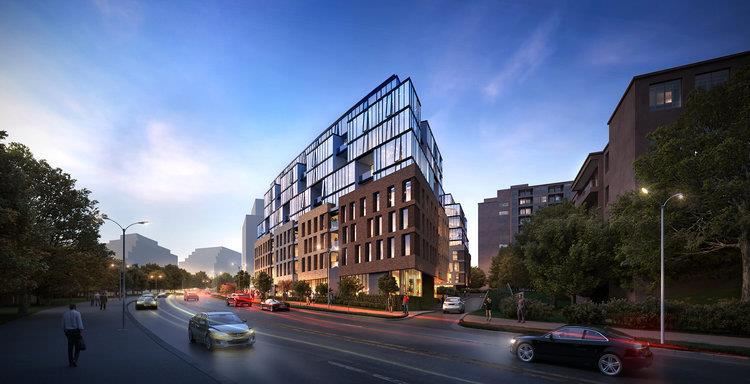 Addington Park Condos is included in the new and upcoming development projects and condos in York Mills Rd. Meanwhile, some of the best condos for sale in North York include M2M Condos, Bayview Village, and Downsview Park Towns. Developments like The Dylan Condos in 831 Glencairn and Greenwich Village Towns in Sheppard Ave. are great homes. M2M units are pretty popular in the area because of their good condo prices and amenities.

Businesses in North York are centered around the business district of the North York Centre. You’ll find that North York is also home to the satellite offices of the majority of Canada’s big five banks. Entrepreneurs and professionals who will call North York home will find the condo prices appealing because of these developments.

North York also has many hospitals near many development projects, including North York General Hospital, Sunnybrook Health Sciences Centre, and Humber River Regional Hospital. With homes and pre-construction condo units having easy access to major hospitals, neighborhoods are safer, and every home can access healthcare.

What to do near new condos in North York

Near North York, you have some of the best restaurants and food on the Toronto map. The area has seen massive development over the years. Some of the amazing places to eat near North York’s new condo complexes include Diwan, Babel Restaurant, and Kinka Izakaya (Izakaya restaurant).

The area may not be as busy as other neighborhoods in Toronto, but it’s home to shopping malls like the Don Mills Centre and CF Fairview Mall on Sheppard Ave. Yorkdale mall is home to the popular Cheesecake Factory in November of 2017. Even today, The Cheesecake Factory [1] still has long lines. If you’re a foodie, the condo prices will be worth it because many restaurants and other developments are near your home. 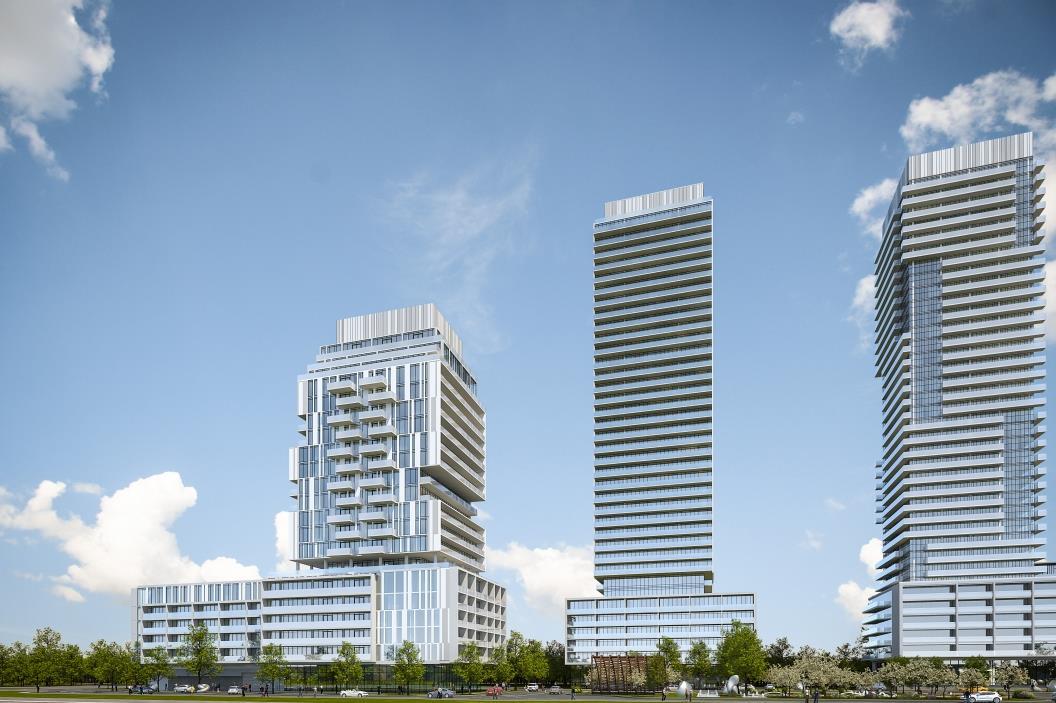 With these amenities near any development, the pre-construction condo prices in the area are attractive.

How to Get In and Out in North York

Transit is an important factor when looking at any condo development. You have the TTC line one that travels North and South. Union Station also has a train going to Pearson Airport. Pearson International Airport is Canada’s busiest airport with over 40 International carriers.

Looking to travel by car from your new condos in North York? You’re just near Highway 401, which is part of the trans-Canada highway. It connects to the Don Valley Parkway. With this, any development in the area would be near many transit options. 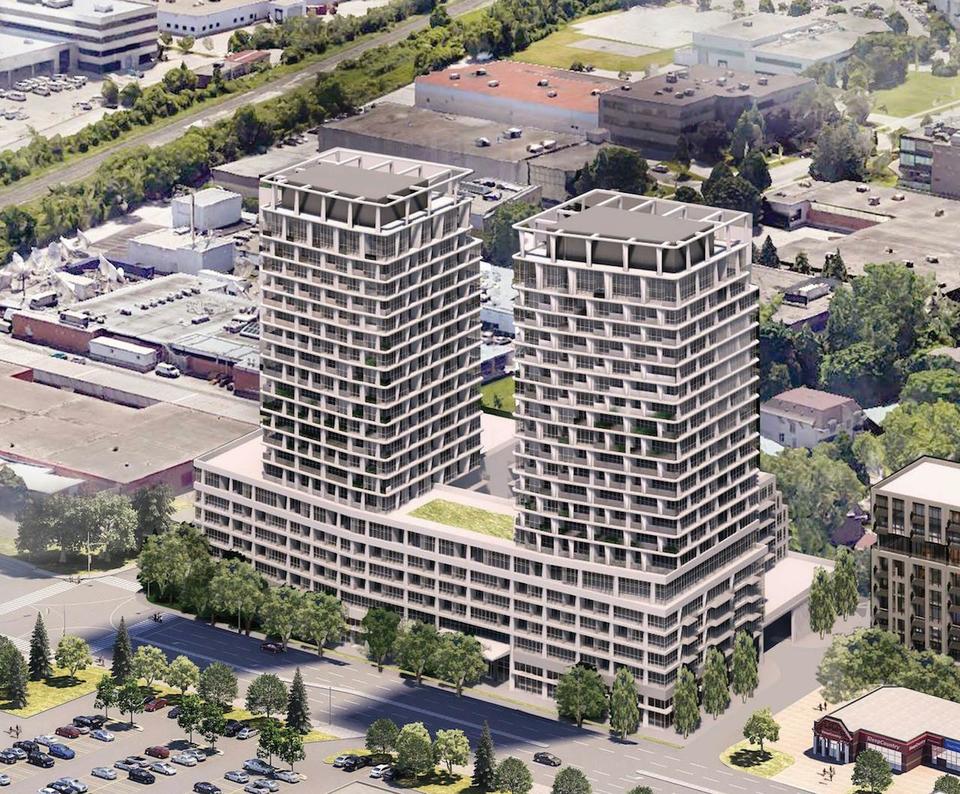 North York has a lot of developments around that make their condo prices appealing. There’s a list of development projects in this urban location that would be great to call home, with some major areas including Sheppard Ave East, Sheppard Ave West, Bayview Ave,  and Finch Ave. Investing in a pre-construction condo in North York provides great access to transportation, food, pre-construction condo opportunities, and a list of everything that the downtown core has to offer. Although the prices of some homes and pre-construction developments for sale or rent can be steep, it’s worth it.

The North York, real estate market has undergone major development over the years. With many amenities and developments popping up, condo prices in Toronto will continue rising. And with great communities, the best time to invest in a home development or condo project is now.

Here are some popular condos available in North York: