Hey and thanks for checking out these 65 Raglan Condos! There isn’t too much supply nowadays in the Mid-Town Bathurst and St.Clair area. Most pre-construction options in the area are boutique and range between 7-12 stories. Although down-sizers and end-users prefer a boutique condominium, it comes with a more expensive price.65 raglan rises 33 stories high and will consist of 347 suits total.

The Bathurst and St.Clair area has changed some much over the years. Literally, walk out of your steps and you’re right at Bathurst and St.Clair which offers just about anything. To begin, you have a streetcar terminal that has its own lane which runs along St.Clair. You can use it to travel East and West, East taking you to Yonge and St.Clair then West until the Stockyard District neighborhood. You step to Forest Hill and some of the best communities Toronto has to offer. It’s nice knowing that 65 Raglan Condos is just so convenient. You’re not in the middle of it all like living in Downtown but yet so accessible to so many of Toronto’s best spots.

The developer of 65 Raglan Condos

Camrost Felcorp is a veteran in the condominium market. They have delivered and launch some of GTA’s most luxurious buildings. Recently launched was Missisauaga’s top-notch development, offering absolute class and creativity Exchange District, Condos. It’s safe to say that they are going to be developing an iconic tower in the Bathurst and St.Clair community.

You may also be interested in other listings in Midtown:

A luxurious high-rise condo tower in Midtown is currently in pre-construction stages at the Summerhill Neighborhood in Toronto. The Jackes 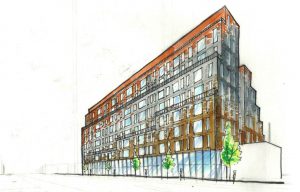 1718 Bayview Condos is a new mixed-use development in Midtown by Gairloch Homes. Located at 1718 Bayview Avenue, the site 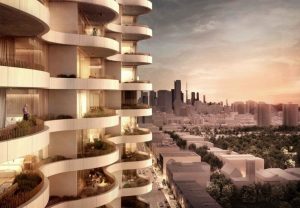